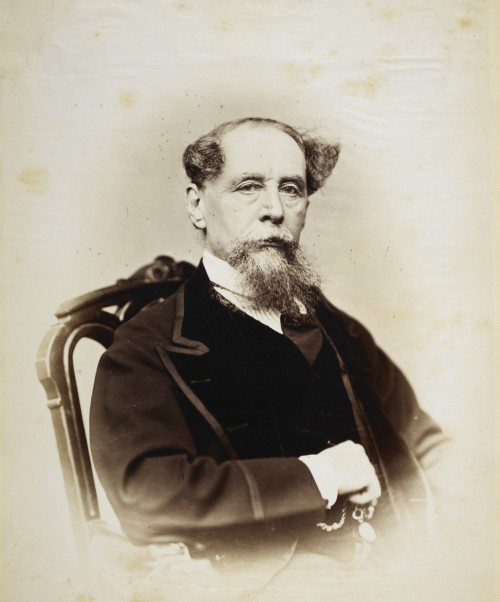 (Or: How astrology seems to impact the pattern of literature)

Let me begin with a disclaimer: I do not buy much into the belief that where the stars are when you are born plays a large role in your development as a human being. I’m enough of a hard determinist to refrain from discounting the possibility, but I would think that the ability to measure what must be minute causal affects and their subsequent effects would be next to impossible. Having said that, we proceed.

I’m currently enjoying A Dab of Dickens, A Touch of Twain, a book by renowned lecturer Dr. Elliot Engel, in which the doctor follows the development of English-language literature from Chaucer to Hemingway. In each of the couple dozen biographical sketches, Engel shares pithy insights, wit, and just a dab of what went in to making the literary greats–well…literary greats.

One interesting point he raised is that lasting literary genius generally occurs in clusters of five or six authors who come onto the scene around the same year and exit in their own good time. Specifically, Elliot notes that great literary periods are born in five-to-six-year spans, with the birth dates of the authors clustered inside.

Examples of this phenomenon abound, but perhaps the most well-known cluster today entangles the Modernist greats.  Dos Passos (January, 1896) led the pack. He was followed promptly by Messrs. Fitzgerald (September, 1896), Faulkner (1897), and Hemingway (1899). Steinbeck provided a punctuation mark on the whole thing, being born on a cold February morn in 1902. According to Engel, following this explosion of literary genius, there wasn’t much in the way of lasting writers. And there certainly wasn’t a dearth of them.

That got me to thinking about the cultural relevance of great writers in their own day and how they seem to transcend the time in which they write by finding a universal relevance. And, relevance it is. With the glaring exception of Dos Passos, all of the modernists are well-remembered for both their books, their impact on society of their day, and their lasting value to the study of Literature. And note the capital-L literature, please.

I don’t know what the answer is to this conundrum. It’s hard to forget they were all alive and most of them fighting in World War I. Surely that had a cultural impact on them. But they all also felt what they had to say was important enough to warrant putting it down on paper and then asking people to pay them for the privilege of reading it. Say what you will, and remember, I’m speaking as both a journalist and a multi-published novelist, that takes cajones.

Then again, all of these people knew one another. They were, if not friends, at least colleagues. Maybe the literary atmosphere itself is part of the catalyst? I really don’t know. But looking at the best-selling writers today, I’m terrified of what the future holds for literary studies of the early 21st Century. The other day, I found a well-loved copy of The Notebook tucked in between Moby Dick and Madame Bovary at a local book fair. I’m certain it was either a misfiling on the part of an overworked volunteer or a change of heart from someone who realized they already have a well-loved copy of The Notebook next to their own copy of Moby Dick. Nevertheless, I have had a constant stream of nightmare visions of trudging into a bookstore when I’m seventy and finding the Classics section overrun with Danielle Steele and Nicholas Sparks.