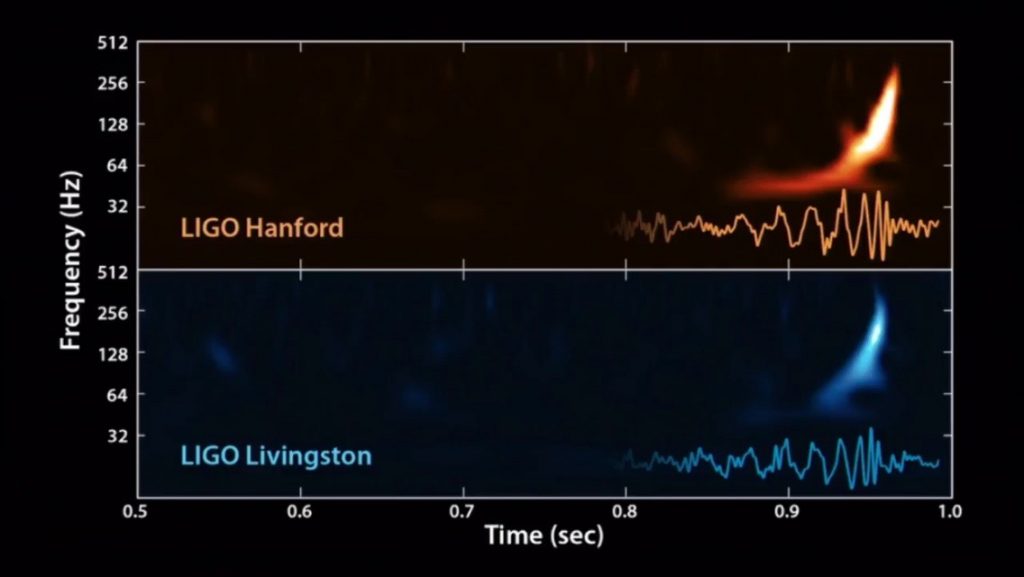 Or: Gravitational Waves and the Complex Economics of Higher Learning in America

(Author’s Note: I began this post last night, but events of the day — namely a deadline and work followed by the governor’s speech mentioned below–conspired to delay completion. I’ll post twice today.)

Earlier today, I logged into the computer early, propped back on the sofa, and watched as a physicist announced the single greatest confirmation of the single most successful theory in science. With a flourish befitting the moment, Gabriel González confirmed the rumors that had been floating around for a few weeks. Gravitational waves are real and have been measured.

Understand this discovery and its importance to science doesn’t require a deep understanding of Einstein’s theory of General Relativity. Instead, it’s only important you understand the mechanics of what happened. Roughly 1.3 billion years ago, two black holes began their death spiral, orbiting one another at ever-increasing speed until each collided into the other near the speed of light. The effects were to produce a massive black hole and to warp the fabric of something called spacetime. Those effects move at the speed of light. Just a couple of months ago, a massive pair of instruments–one in Louisiana, near LSU, and one in Washington State–detected the effects.

Something that happened a billion years ago, more than 1.3 billion lightyears away, crossed across the planet and we measured the effect. And that effect was 1/1000th a proton’s width in size. Normally, this is the part of science communication where the author finds some analogy to underscore just how staggering that is, (the proverbial pencil thrown over the Empire State Building,) but in this case, the numbers are so staggering and immense that, given the infinite universe, it’s nearly impossible to come up with an analogy that isn’t equally preposterous.

Think about this: this is analogous to measuring the thickness of a human hair of an astronaut in orbit around Alpha Centauri from earth. But it’s not analogous to that. No. It’s analogous to counting the atoms in a single molecule of hair, buried in the sand, on a beach of a planet that we’re really not sure is there, that was shed by an astronaut a billion years ago. See? It gets preposterous–all the moreso because even that isn’t preposterous enough.

Yet, we did it. And Dr. González and her team announced the results–the blip of which appears below: 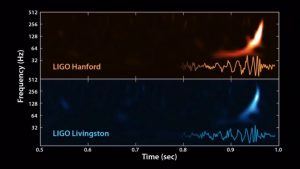 That this amazing discovery was taken in my native Louisiana, by my state’s flagship school, LSU, made this all the sweeter. So imagine my dismay when, around noon, I began to hear word that Gov. John Bel Edwards‘ new administration had stopped payments to the TOPS Scholarship Program as part of his administration’s ongoing efforts to cut almost $1 billion from Louisiana’s budget.

I won’t go into specifics, if only because the metrics tell me only about 1/3 of you are from Louisiana. Let’s just leave it at this. It’s sadly unsurprising that Louisiana is amputating entire limbs of its education system on the same day that one of its educators secured for herself and her team a Nobel Prize in Physics, given that this is the state that believes this belongs in the same classroom as this. (Don’t believe me? Click here.)

Let’s just say Thorstein Veblen was right to warn the American academy against allowing “business schools” into the academic realm. When we turn research colleges into job training sites, we reduce the value of knowledge and, maybe, we lose just a little bit of our capacity to awe.