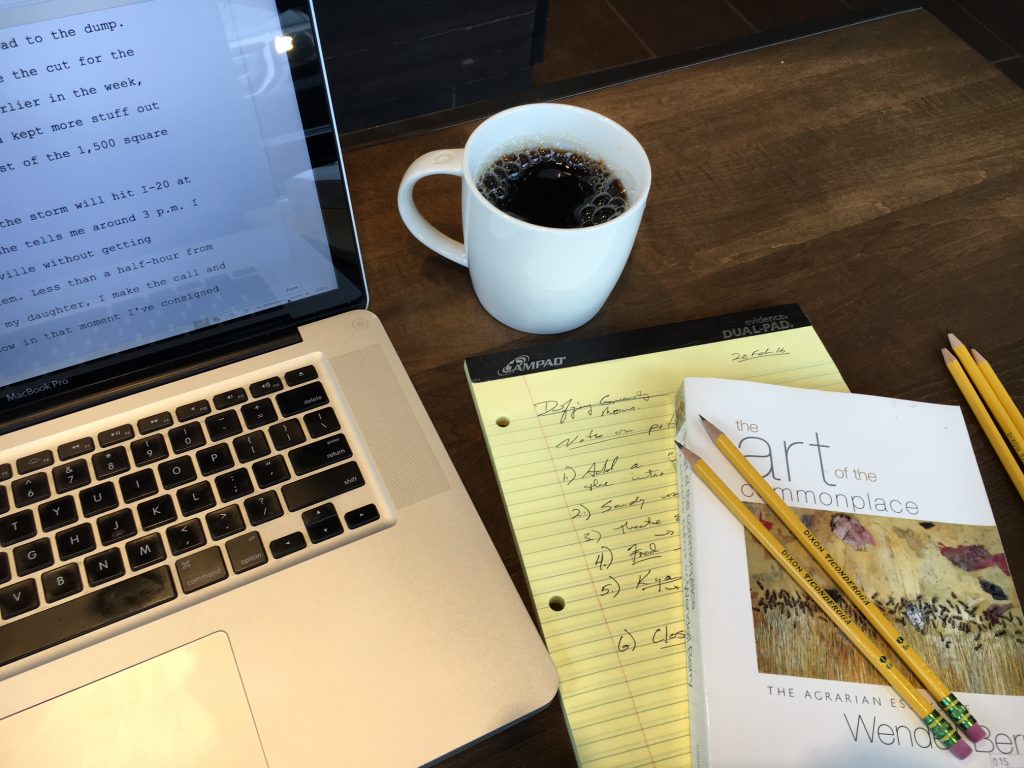 Or: Fetish and the Art of Writing

I remember reading, where I don’t know, that Hemingway used pencils to write in his notebooks. It must have been in A Moveable Feast, because I remember it was in his own voice, so strong, authoritative, and direct. The comment was almost a throwaway, the kind of detail a writer uses to bridge the space between two competing actions. Yet it stood out, because he described sharpening the pencil with a penknife and jotting a few notes in a Parisienne café.

The humble pencil, two slivers of wood glued around a slender needle of graphite, a little metal cap — it’s called the ferrule — a little tin bridge between the commission of the act and its reversal. You see, I’m one of a rare breed of individuals who, in dark corners of coffee shops and commiserate about  lead viscosity, body weight and heft, and rubber densities. Yes, I’m a pencil worshipper.

My pencil of preference, in fact the only pencil I’ll use, is the Dixon Ticonderoga No. 2.

Absent my trusty Ticonderogas, I default to a pen, sometimes a fountain pen or a ballpoint, and in each instance I have preferred models. I write longhand on AmPad’s Dual-Pad evidence model, because I enjoy the weight of the paper and the way in which it soaks the words in so effortlessly while the tip of the instrument floats across the surface nearly free of friction, providing just enough resistance to make me pause and think about the next word, but not so long as to break my concentration.

I’m hardly the first writer to fetishize the pencil, much less any other of a few hundred other, equally ridiculous aspects of committing words to the page. Poet Nikky Finney uses Blackfeet Indian pencils in her writings, which presents a special challenge as the Blackfeet Indians ceased making pencils in 1992. Yet, devoted is she to those pencils, and who can blame her? How the poet justifies her obsession, too! A YouTube video (below) highlights her love of this particular anachronism, and before you judge any fetishization of a tool offered up by writers, remember this: Nikky Finney won the National Book Award for Poetry–three years after this video was made.

There are other fetishes we writers fall into, at varying degrees over the long process of beginning, working on, and completing any particular book.  Sometime after I begin to fill pages of an AmPad with character sketches, outlines of scenes, or notes about the semiotics of rhythm, and right before I begin the second or third chapter, I go on a hunt for the Mojo Binder. This is the implement in which I will compile those pages of notes, printed Wikipedia entries on some historical figure or obscure arcania of music, and the news stories that inspire me to plod onward. There is nothing outwardly special about the Mojo Binder, and this binder looks (and in fact is) just like any other binder. It might be plucked off the shelf at Staples or rescued from a trash box at the school. I’ve even found a Mojo Binder at Goodwill on occasion. 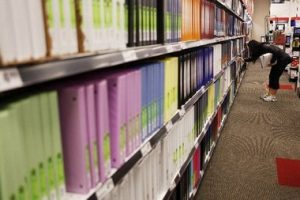 The act of finding the Mojo Binder takes me on a journey. Once, as I stood in an Office Depot, a helpful clerk circled around three times to find out if I needed help as I stood in front of a 12′-tall display filled with 1 1/2″ binders.

“Are you looking for something?” he asked helpfully.

“Well, you’re in the right place,” he said on the first pass. A few minutes later, he circled back again. “Is there something in particular you’re looking for?”

“Yep. I need a particular binder.”

He glanced at the wall and then back at me, wandering off. A couple of minutes later, and now quite concerned, he returned a third time. “Maybe I can help you. What features are you looking for?”

“Couldn’t tell you,” I said. He began, helpfully, attempting to demonstrate the angled rings of one binder and the subtle double-click of another.  This binder had a window on the spine for helpful filing later, and that one has the sheet lifters. There’s even one over here that has specially shaped rings with ribbing to deter paper tearing and pulling.

I eventually bought a binder at a garage sale the next Saturday.

The book that particular implement assisted in producing went on to be the first runner up for a Faulkner Medal. Once “The End” was committed to the final page, the hundreds of sheets of canary paper, the countless magazine ads, and more than a few beer napkins, were removed, unceremoniously shoved into a large manilla envelope, and filed away. The Mojo Binder, its job done, was retired to the pile, ready to be given to some student or other when they need one, sent off to college with my daughter, or left to collect dust in the box in the back of the closet.

I can’t tell you which of the dozen or so binders I still own helped me produce The Patriot Joe Morton, but I know one of them did. That’s the nature of writing, though. It’s not just a craft. It’s a ritual. And in that rite of committing the words to the page, we hope we find something worth reading. Otherwise, we’re wasting binders with Mojo and Blackfeet Indian pencils.