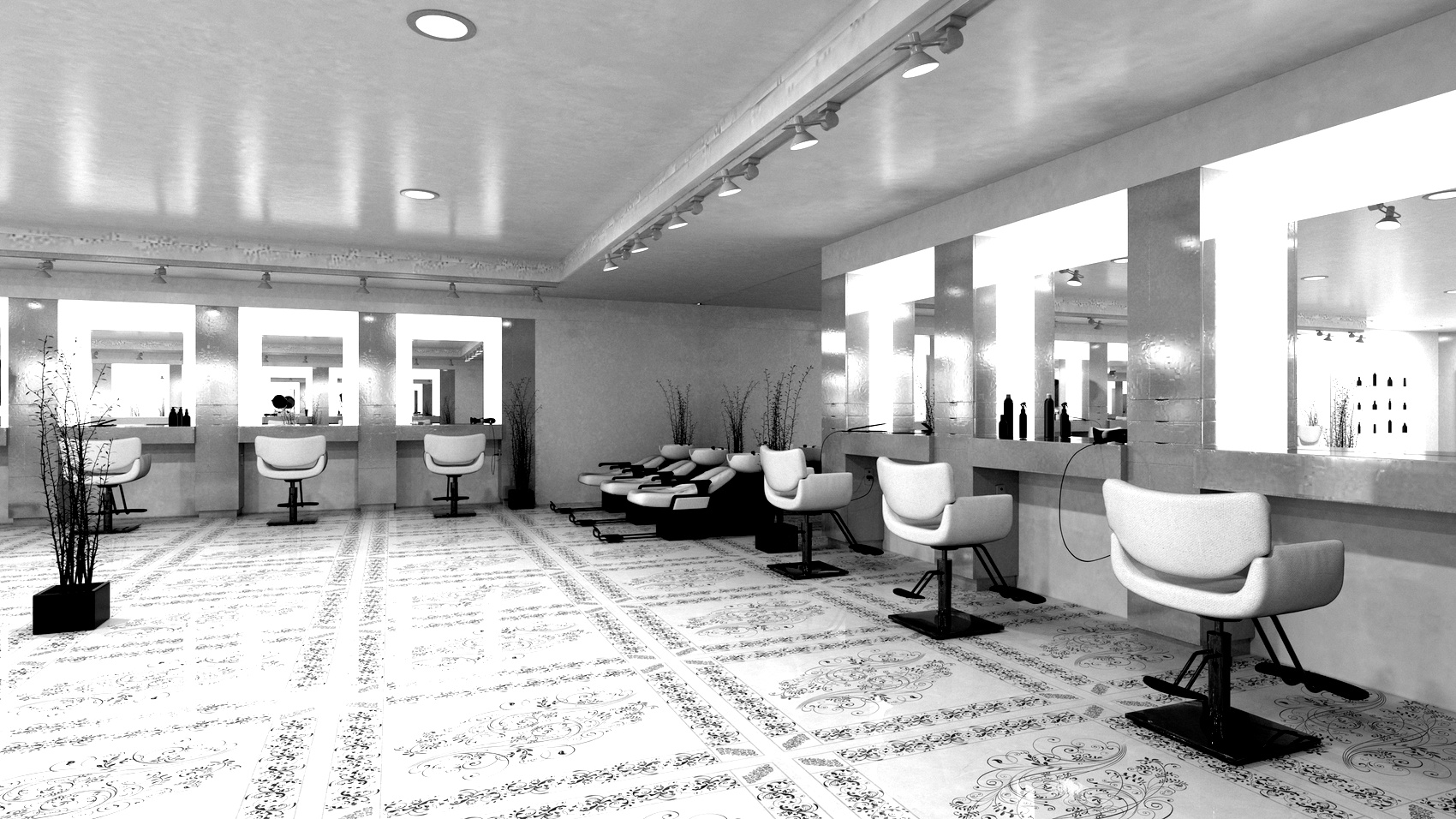 Jenovia had worked for the Darling family every day for fifteen years. During that time she took the bus to and from her southside home each day, collected the supersaver stamps from the Piggly Wiggly, which she in turn used to buy Christmas presents for her son and sister every year. She only bought meats on Saturday, when they were on sale. As her mother had done when she was a just a girl, Jenovia stood over the bathroom sink once a week and cut her own hair with the big pair of Fiskars sewing sheers that had belonged to her grandmother.

Doing these things, Jenovia told herself, had enabled her to pay the $175 a month tuition to fund a catholic school education for her son, Willis, while she simultaneously managed to pay off her house, making her one of the few maids in Little Rock who owned their house instead of rented it.  Willis graduated from high school the same month Jenovia made the last mortgage payment and, quite suddenly, Jenovia understood what “rich” felt like. So Jenovia decided to do what rich people did. She took a couple of hours off from her job cleaning the Darling house and made an appointment for the beauty parlor.

Or, more expressly, she and Mrs. Darling made the appointment and went to the beauty parlor. And now, on a Wednesday morning in June, there sat Jenovia in the back seat of the big, burgundy Cadillac, right beside her boss. It was the first time Jenovia had ever sat in the back seat, but Mrs. Darling had insisted. That day, Jenovia was not an employee. She was a companion.

“I really can’t imagine you’ve been doing your own hair all these years,” Mrs. Darling said. “You’ve been to the beauty parlor with me two dozen times, Jenovia. You should have said something.”

Jenovia smiled, all teeth and eyes beaming back at her companion, Mrs. Darling, the same bright, brown eyes and two rows of perfect, bleached linens white teeth are what first impressed Mrs. Darling all those years ago that Jenovia was a fastidious person with whom she could entrust the running of her household and her three children. Unbeknownst to Jenovia, she remarked on this fact to Mr. Darling every evening, after dinner was cleared away, after the kids were in their rooms doing God knows what, and after Jenovia was far across town in her own house, eating her own dinner.

“I just never did think to say nothing, Miss Emmy,” Jenovia said, finally. “Besides, Mama cut my hair like I do. And colored folks’s hair is a lot easier to cut than a white girls. You just smooth it out and snip.”

Mrs. Darling nodded her understanding, but Jenovia wondered if she really understood. But she did not have time to think about it much, because Henry had wheeled the Caddy into a parking spot at the beauty parlor and he was halfway around the car to open the door before she realized they were stopped. He yanked the door open and dipped from the hips in an exaggerated bow. “Miss Lee,” he said. She wrapped her gloved fingers around the big, dark hand he offered and slid out of the car while Mrs. Darling gathered up her purse.

“Henry, could you take my purse,” she said. The brown and tan Louis Vuitton logos dangled in the air outside the Caddy. Jenovia was closer and reached for it before Henry had time to react, but Mrs. Darling yanked it back inside. “That’s okay, Jenovia. Henry can get it, can’t you?”

He winked at Jenovia. “It’s your day, girl.”

Inside the beauty parlor, two rows of Little Rock’s finest wives sat besmocked under the driers. They all looked up and smiled, nodding at Mrs. Darling as she strode past them, to the last chair on the right, where Dee stood waiting for her client as she had done so many times before. But this particular Wednesday, it was Jenovia who took the chair. Dee greeted her.

“And what are we going to do today, Jenovia?” Dee asked.

“I always just cut it over the sink,” Jenovia said. Dee laugh.

“Well, we can’t have that, now, can we?” Dee turned to Mrs. Darling. “What would you think about a nice, relaxed wave, Emily?” she asked as she ran her hands under the end of Jenovia’s long, straight, black hair. She cupped her fingers under the bottom and lifted, producing an approximation of the effect.

Miss Emmy approved. “And maybe you could recommend a nice relaxer? She might as well have been using Crisco.”

Jenovia felt her face flush, but Miss Emmy did not mean any insult from it. And, Jenovia knew it was true. She had always used Ampro, the cheapest brands she could find, the same Ampro her mama had used. Jenovia considered protesting, but she liked the thought of a white woman playing with her hair for once, instead of the other way around. They don’t call it a treat for nothing, she thought.

For two hours, Dee and Miss Emmy fussed about from the wash basin, to the chair, and back again. When Jenovia took her seat under the dryer, she read People Magazine and then the latest Us! Weekly. Miss Emmy stood in front of her nodding in approval as Dee added the final touches to the style. Then, they spun her around in the chair so quickly that Jenovia felt a touch dizzy. She steadied herself and then looked in the mirror. At fifty-two, she was by no means old. But the hair fell down along the edge of her face and softened the cheekbones her daddy had given her. It drew attention away from the crow’s feet at the corners of her eyes. When she smiled, the gentle curl of the wave moved with her face. There was no mistaking it. Jenovia looked younger.

She went for her purse, but Miss Emmy protested. “This one’s on me, Jenovia. You get your next one.”

Jenovia would have none of it. “Miss Emmy, I’m paying for my own hair, if you don’t mind.” She opened her purse and removed her wallet. “How much do I owe, Miss Dee?”

She almost choked when she heard the amount. It was more than she spent most weeks on groceries. But, she told herself, she could afford it. She paid Dee the money and an extra five, “for a tip,” and they left in the Cadillac.

That night, Jenovia wore her customary hair net to bed, but rested her head more gently on the pillow. She awoke the next morning with a crick in her neck. But her hair was still coifed and on the bus to the Darling residence everyone kept commenting about how beautiful it was and how young she looked. When she got to the Darlings’, there was a note on the counter. Mrs. Darling would be away most of the morning on errands before her weekly Canasta meeting,         asking her to pay special attention to the ceiling fans in the boys’ rooms.

She panicked and immediately brought her hand up to her head. In the old Ampro days, Jenovia would not have minded. Her hair had been an impenetrable fortress of smooth hardness. Now, her armor was gone. The dust bunnies would wreak havoc with the wave and the soft, textured locks. She decided she would need something to keep her hair clean.

The plastic supermarket bags proved unwieldy and ill suited to the task. Miss Emmy had a shower cap, but Jenovia would never use anything of Miss Emmy’s without first asking. And then, she saw her answer, folded in a neat stack in the wicker laundry basket perched on top of the washer, waiting to be delivered to the boys’ rooms.

An hour later, Miss Emmy breezed into the house announcing that Canasta had been canceled because the Marian Attley’s dog had to be put down and she was in no mood to host. Jenovia did not hear her until the second time she called out, though, and by then it was too late. Miss Emmy burst into the oldest Darling boy’s room to find Jenovia standing on the bed, a feather duster in one hand, a rag in the other, and a pair of boy’s boxers on her head.

“Jenovia!” Miss Emmy said. She began to laugh. “What on earth are you wearing?”

Jenovia dropped to her knees and climbed down off the bed. She pulled the boxers off her head. Embarrassed, she could not bring herself to look at Miss Emmy. “I didn’t want my hair to get dust bunnies in it, Miss Emmy.”

Emily Darling reached out and brought her face up. “Jenovia, you’re not in trouble, sweet. I just would never have thought. What about a hair net?”

“I don’t have one yet, Miss Emmy. Never needed one. Before.”

“Well, why didn’t you say so? The fans have waited this long. They could have waited another day. I’ll make sure you one for next time. Come on to the kitchen and we’ll fix lunch.”

In the kitchen, Jenovia knocked the few dust bunnies from the boxers and returned them, folded, to the top of the stack of laundry.  It was a funny thing, she thought as she munched a tuna salad sandwich, spending a day’s pay getting hair done up like a Sunday dinner. She resolved not to spend that money anymore. The Ampro had worked for her mama and would be just fine for her.

She had washed the lunch dishes and was just starting to lay out dinner when Miss Emmy bounced back into the kitchen. Jenovia watched as her boss poured a glass of milk and sipped it while leafing through the stack of letters on the counter. She paused long enough to finish her milk and flip through her husband’s fishing magazine, set the glass in the sink, and started for the door.

“I’m heading to choir practice at the church, Jenovia,” she said. “If you’re still here when Mr. Darling gets home, please let him know I’ll be late. I have to stop by the beauty parlor on the way home and make our appointment for next week.”

Jenovia was about to protest, but Emily Darling was in the car and gone before she had the chance. She heaved a sigh, but shrugged. Her house was paid for and her son was in college on a scholarship. She was a rich woman now, too, and rich women went to the beauty parlor on Wednesdays.