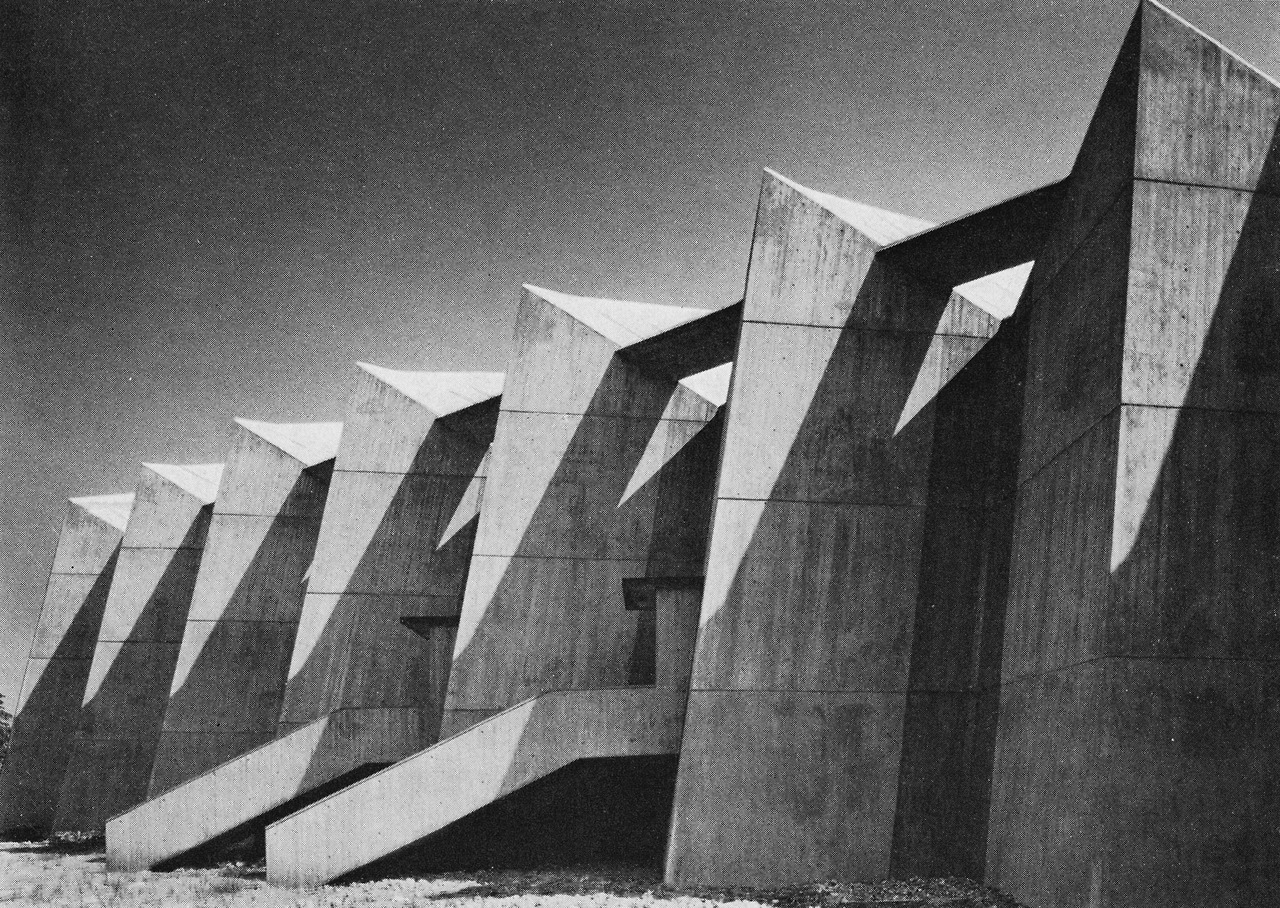 Or: How I learned to stop looking to live with reusable project pieces

For a time, my daughter issued an edict: I could no longer say “mid-century modern” or any permutation thereof, including but not limited to MidCentury, MCM, or the diminutive “mid-mod.” She had grown tired of hearing me gush about this warehouse find or that junk shop purchase.

Growing up in my grandparents’ house on Forsythe Avenue was a mid-century fan’s dream. My grandfather was a designer by trade, and like pretty much everyone else drawing house plans or designing office parks from 1955-1970, he favored the clean, simple lines, the low-slung roofs, and the high, thin windows made so famous by designers with  names like Neutra, Saarinen, and Niemeyer. A good friend calls them “Brady Bunch Houses.”

I’m an unabashed fan of all things MidCentury, from coffee tables (I have a Dutch-teak with pencil legs and gull wing edges) to art. (A recent prized find is a 40-year-old knock off of a Rothko I found at Goodwill for $15. It’s hanging in the dining room.) Even the cars get my motor running, and I’d consider killing for a 1967 Lincoln Continental — the one with suicide doors. I spent seven years rescuing credenzas from dumpsters and refinishing a Red Lion table, and I was forever sending everything on the back seat — and more than a few times an unwittingly unbuckled passenger in the front — sailing to the floorboard for an emergency breaking after seeing a Pearsal lamp or George Nelson chair in a junk shop window. One of the biggest mistakes of my life came when I sold everything to move to Nashville.

Unfortunately, I failed to take into account the strange temporal anomaly that allowed Nashville to escape pretty much all design choices from c.1950-1970. In other words: there is precious little of my beloved Mid-Mod. One curious exclusion to this Whovianesque escapement of bright colors and roman brick seems to be Nashville’s West End neighborhood–where row after row of massive concrete hulks sit nestled in a city park. 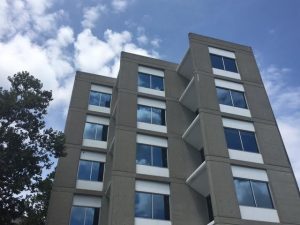 The c.1965 brutalist building in which my current employer’s offices lie.

The particular school of architecture — brutalism — relies greatly on clean lines, poured concrete and, well, a brutal adherence to a design motif. My day job takes me to one such brutalist masterpiece (pictured LEFT) each day. Cool, subterranean parking beneath a five-story mass of poured concrete, complete with the signature, exposed anchor bolt holes and tell-tale 4×8 squares of the old plywood forms greet me each morning as I wheel my car into a parking spot.

Interestingly, this building has been the home to a number of businesses over the years–from lawyers to music industry professionals. These days, there’s a dentist, another ad agency and a record label on our floor. One of the stranger tenants, though, is the birthing center on the ground floor.

Before we go any further, I think it’s important to note that I’ve witnessed the miracle of childbirth twice. It’s an amazing, albeit somewhat messy, experience, watching a new life enter this world. Childbirth is a beautiful occurrence, and it in no way gives me the willies. On the other hand, knowing that the McHipster Family is downstairs in suite three of a decidedly not medical facility squeezing out Sporty McHipster Jr. is just a little much for me, and so usually, I ignore the birth center’s presence, and it only registers on my radar on those rare occasions when I happen through the lobby to walk to Dose or Tzaziki’s for lunch.

When the building opened in the 1960s, the entryway over the parking deck was a wide terrace, railed and, presumably decked with tables and chairs and ashtrays. This is, after all, the era of Donald Draper we’re talking about. But as West End became more dual-use (apartments and houses edged up to the busy business district), restaurants came in. Sometime in the early 1990s, this happened:

The terrace was built out into a copper-roofed, large windowed and–most inexplicably–a clapboard sided restaurant location for an Outback Steakhouse. Overlooking for a moment the somewhat disturbing notion that a birthing center exists in a steakhouse, this architectural aberration infuriates the purist in me, and occasionally when I do notice the place, I find myself wondering if the architect lived long enough to see this abomination explode from the side of his masterpiece of brutalist form. What did he think when he saw “Outback Steakhouse” emblazoned upon the sleek lines he spent so much time and effort perfecting and unifying?

Then, I remember that I use a gutted 1959 Saba cabinet to house my media center and a 1960 Philco Television cabinet is the wet bar, and I wonder about reuse and how we become so comfortable with certain forms of reuse but other upcycling efforts irk us. Sure it’s okay that I stripped the innards out of a T.V. set for a place to keep the bourbon. But the outside remained unchanged. Slap a coat of paint on that sucker, though, and now it’s fighting time. This touch of internal inconsistency bothers me, and it makes me consider the other things we repurpose in life.

Think about our kids. From the beginning, we pour ourselves literally and figuratively into making these little facsimiles of ourselves. We raise them up by staking them to a pole with discipline and instruction, guiding them, we hope, into fully realized humans. In essence, we’re designing the idealized versions of ourselves. Then, sometime in their teenaged years, they discover hormones and sexual attraction, their brains shrink by half, and they start globbing on new bits to the lovely façade of civil perfection we parents have created. Roof-top Rock-n-Roll delivered courtesy of Dr. Dre’s multi-colored plastic bits and a too-tight teeshirt showing off this muscle group or that set of curves we may kind of prefer not be there at all. Girls slap on a new coat of paint, coloring their eyes and lips, and boys move away from seersucker shorts and cute bib-shirts with Pokemon characters on it to shirts featuring what you hope is the name of a band but secretly suspect might be the name of a new terrorist cell instead.

Organic growth drives modifications to our handiwork, and in the end, we’re little more than that architect, driving down West End and trying to ignore the scores of people filing in and out of the post-modern Outback Birthhouse.

At least we have grandkids to look forward to.

Related articles across the web