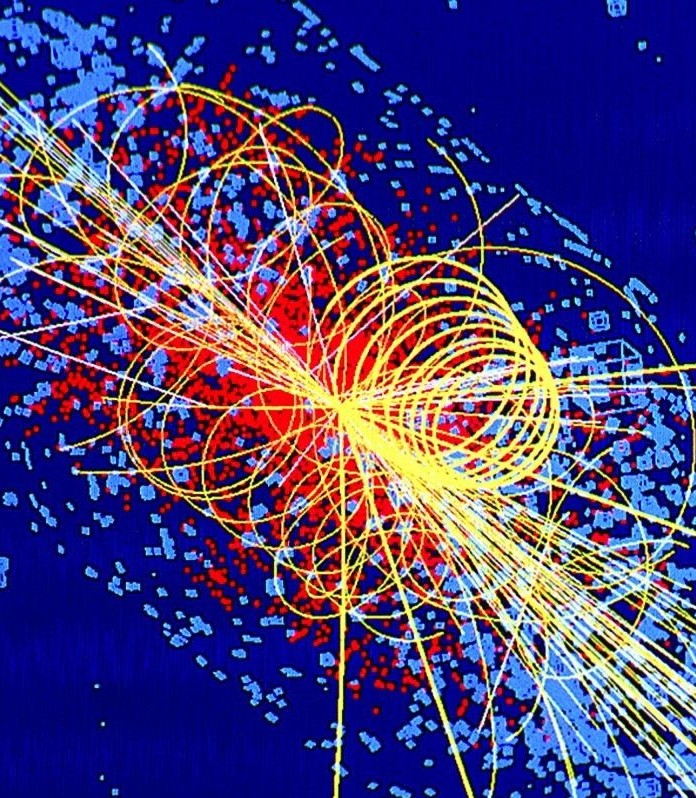 (Author’s Note: After posting this to Facebook, Twitter and the world, I was informed by two physicists that this is, while a fair application of logic, absolutely wrong. Indeed, we would experience the end as instantaneous. The fun thing about being me is I can be wrong, as I am right now. -md)

I normally extol the virtues of NPR News, especially the high calibre of their science programming. Yesterday afternoon, NPR posted this story in their “Breaking News” feed. The story tells of what might happen if the Higgs Boson calculations are accurate and there is, in fact, some sort of energy “bubble” that will, unpredictably and without warning “pop.”

It’s the kind of alarmist science that at first sounds horridly terrifying but is, on second pass, more of an ‘eh.’ (Did you hear that a gamma ray burst from a super-distant star could kill us all?) Not to be outdone by Dr. J. C. Conwell’s blog, NPR has decided to get in on the Apocalypse How news genre and make sure that our dinners last night were über-uncomfortable.

One item of particular interest from the NPR bit:

According to Discovery News, Lykken said if this happens, it’ll happen at light speed, which means if anyone is around to witness it — our solar system will be long gone — they’ll be gone before they realize it.

This is the kind of popsci bullshit that makes me angry. Not only is NPR sourcing the bastion of infallible science news Discovery Science, they’re also getting it wrong. That is not at all what “it’ll happen at light speed” means.Traversing our solar system at the speed of light takes a particle roughly two light years. (Depending on whose definition of “our solar system” you take, our solar system is anywhere from a couple dozen light minutes–the orbit of Neptune at its farthest from the sun to the other side of its own orbit, or two light years, encompassing the various bits of cosmic detritus that are in some fashion attached to good ol’ Sol’s gravity field. Either way, it’s a very very small space in cosmic terms.

Let me put this in the bluntest terms: If this new Universe *started* in *our* Sun, we would know for at least eight minutes. We would see it ripping across the heavens for eight minutes before it got to us. *At the speed of light*.

Now let’s get only slightly more realistic and think it may start somewhere on any of a billion “other sides” of our galaxy, somewhere near the median distance from us — roughly 7,000 light years. We would know for more than 90 generations that this was coming. Not that there would be anything we could do about it. But still–that’s a much bigger span of time than, say, “gone before they realize it.”

In case you are not convinced yet of the abject silliness of the NPR statement, let’s expand it to an only slightly more probable cosmic occurrence, since chance dictates the bubble would begin to “pop” anywhere but in our own galaxy. If this bubble began to “pop” at the center of our nearest galactic neighbor, Canis Major Dwarf, at 25,000 light years away, some 325 generations of astronomers would observe the effects of this event for 25,000 years before it ever got here.

This image represents, in rough terms, the overall size of the place. That purple field represents a time when the universe was a little more than half a billion years old. It is some 7 billion light years from Earth’s current location.

Now, for the final nail in the “Sky May Be Falling But You Won’t Know” NPR report. We can currently observe several primitive galaxies at the outer reaches of our universe that are thirteen billion years old. That’s 13,000,000,000 years. This region of the universe represents an area that is only a few hundred million years removed from the act of creation itself. If, as chance would indicate is most likely (the measure of the largest area representing the most likely locale for a truly random event), this bubble “popped” somewhere out there, we would not only observe it here on earth, but our own Sun will have gobbled up the earth roughly eight billion years before the bubble ever gets to us.

Which raises the question: given cosmic scales, the logically infinite nature of the universe, the complexities of life on our own planet, and the extreme unlikelihood of this event, why was this news? Was it, as I suspect, just another way of putting the Large Hadron Collider into a news cycle? If so, couldn’t they have found something else? I mean, the janitor I’m sure mopped the men’s room at CERN yesterday and that had an infinitely huger effect on the universe and our existence on this planet than the cosmic bubble that just started to pop over on the other side of the Hubble Deep Field.

What’s that? The bubble hasn’t started to pop?

The prosecution rests, your honor.