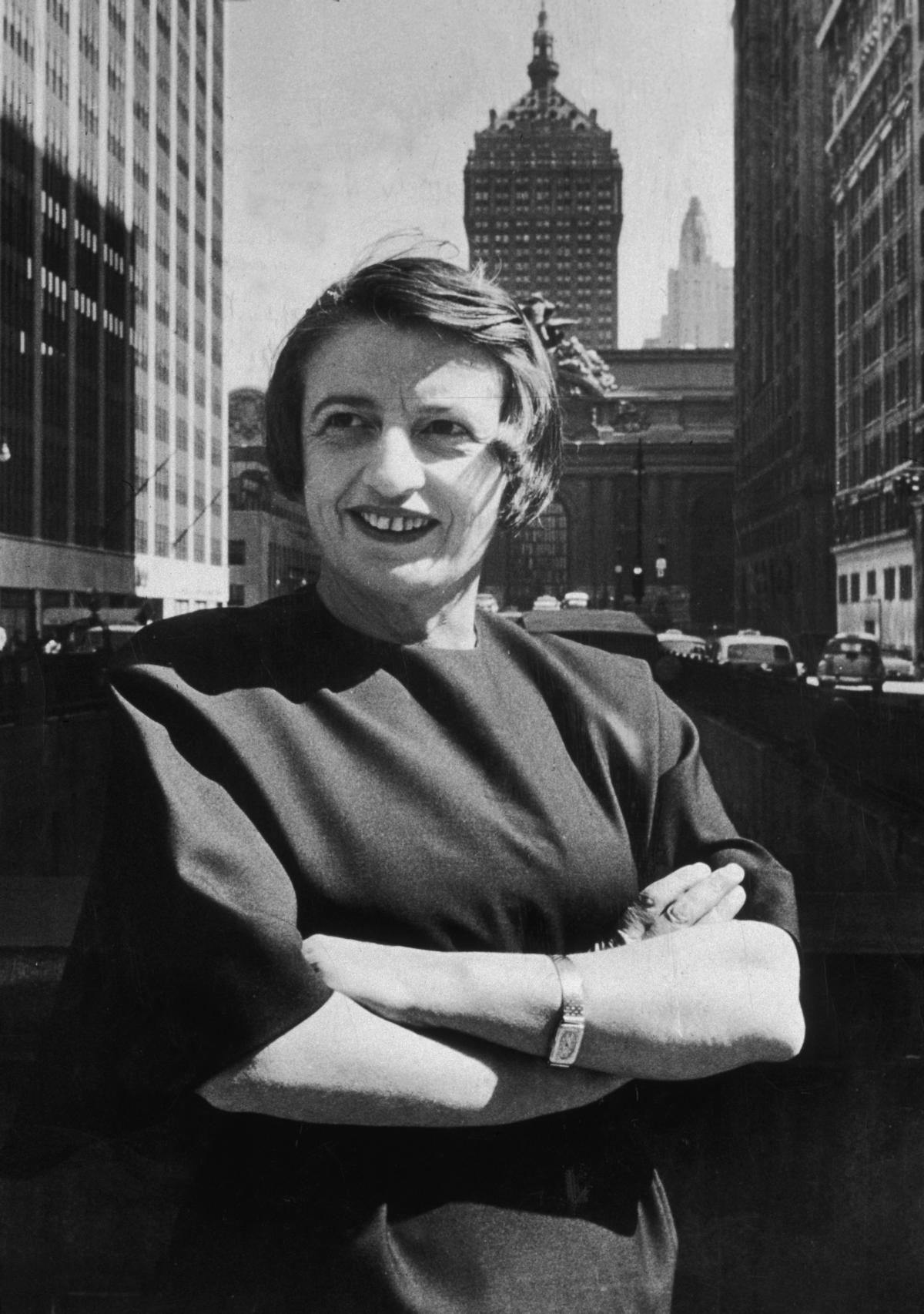 (What Would Ayn Do?)

I’ve always heard people say negative things about Ayn Rand, the 20th Century writer and philosopher and, quite arguably, one of the most influential thinkers of the 20th Century America. Usually, the comments seem benign to the average listener. But to someone who grew up arguing about how to “properly parse that phrase,” and under the belief that “words have meanings,” the comments quickly turn into backhanded compliments.

So without mucking about, and to use an oft-repeated phrase: I read Ayn Rand when I was younger and she was an important part of my formative years. But I outgrew her.

The truth is, though, I haven’t really.

The ethics and epistemology of her philosophy, Objectivism, are so ingrained in my brain that there are times where my conscience speaks to me in a heavy Russian accent through the butt of a cigarette. While I have grown, I cannot say I’ve outgrown anything. Her novels We the Living and The Fountainhead still rank in my top 20 books and I can quote long parts of Atlas Shrugged in my sleep. The fact is, I hold a special place in my soul for Ayn Rand and her teachings, and hers is among the “my inspirations” wall just above my computer — and the “me wall of quasi-fame” in the study.

That’s her, sandwiched between Chaim Potok and William Shakespeare on the wall of fame.

My point is this: I don’t agree with Hillary Clinton or Clarence Thomas when they say, “she influenced me early on but I outgrew her.” No, you can’t say that. She becomes a part of you — just as anything else you take in does. Some things may form a bigger part of your makeup than others, but Chairman Mao‘s Little Red Book is an influence if you read it. That influence – positive or negative – doesn’t go away.

I say all of this to talk about an upcoming event. It’s something for which Randroids, Objectivists, and little-O objectivists have been waiting decades. The Atlas Shrugged movie.

“Tragedy” and “Epic” do not begin to describe the story of how this book – all 880+ pages of it – has made its way to the Big Screen. To call its path circuitous would be unfair to circuitous paths the world over. At various times Angelina Jolie and Brad Pitt have been attached to the project, casting rumors including Harrison Ford (as Hank Rearden) and Michelle Pffeifer (as Dagny Gaggart) and at one point Rand herself was working on a 17,980-part miniseries for CBS. (Remember, she died in 1982.)

So it was with not a little trepidation that I’ve followed this movie project. After all, how could a cast of “relative unknowns” do justice to characters that have towered over the subconsciousnesses of so many Libertarians for 63 years?

Having said all of that, I sat down today and watched the trailer for the first time. It’s up on YouTube and the movie’s site. I encourage you to watch it.

It helps that some Objectivists (note the big-O, ARI crowd) have been involved in the movie process and have reviewed the script. But I leave it to you to decide. Watch the trailer and tell me what you think. (Especially those of you who aren’t familiar with her magnum opus.)