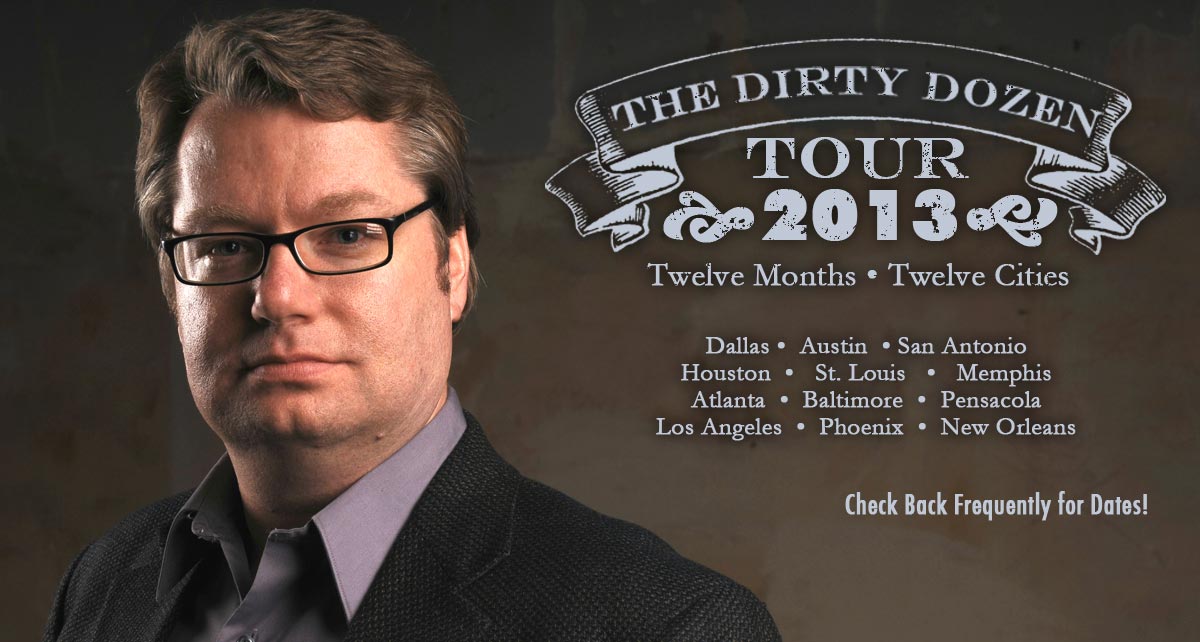 UPDATE: This tour *is* going to happen. I am willing it so. However, life (graduate school, new job, old new job, new old job, and a massive cross-town move) got in the way. New dates will be announced shortly. Also, I may be adding changing a few  cities.

A dozen months in the year, a dozen cities to visit. One of them is near you.

In the coming days and weeks, I’ll be unveiling the dates for The Dirty Dozen 2013 Tour. With appearances in twelve cities, there will be one near you. If not, think of it as an excuse to take a vacation to the beach (Pensacola), our nation’s capitol (Baltimore), Hollywood (Los Angeles), the American Southwest (Phoenix), or get into that Texas Swing (Dallas, Austin, San Antonio, or Houston). Maybe you’re looking for a peach (Atlanta). And, as always, we’ll be kicking off with the Laissez Les Bons Temps Rouler Reading this fall.

Other dates To Be Announced! Check back frequently!