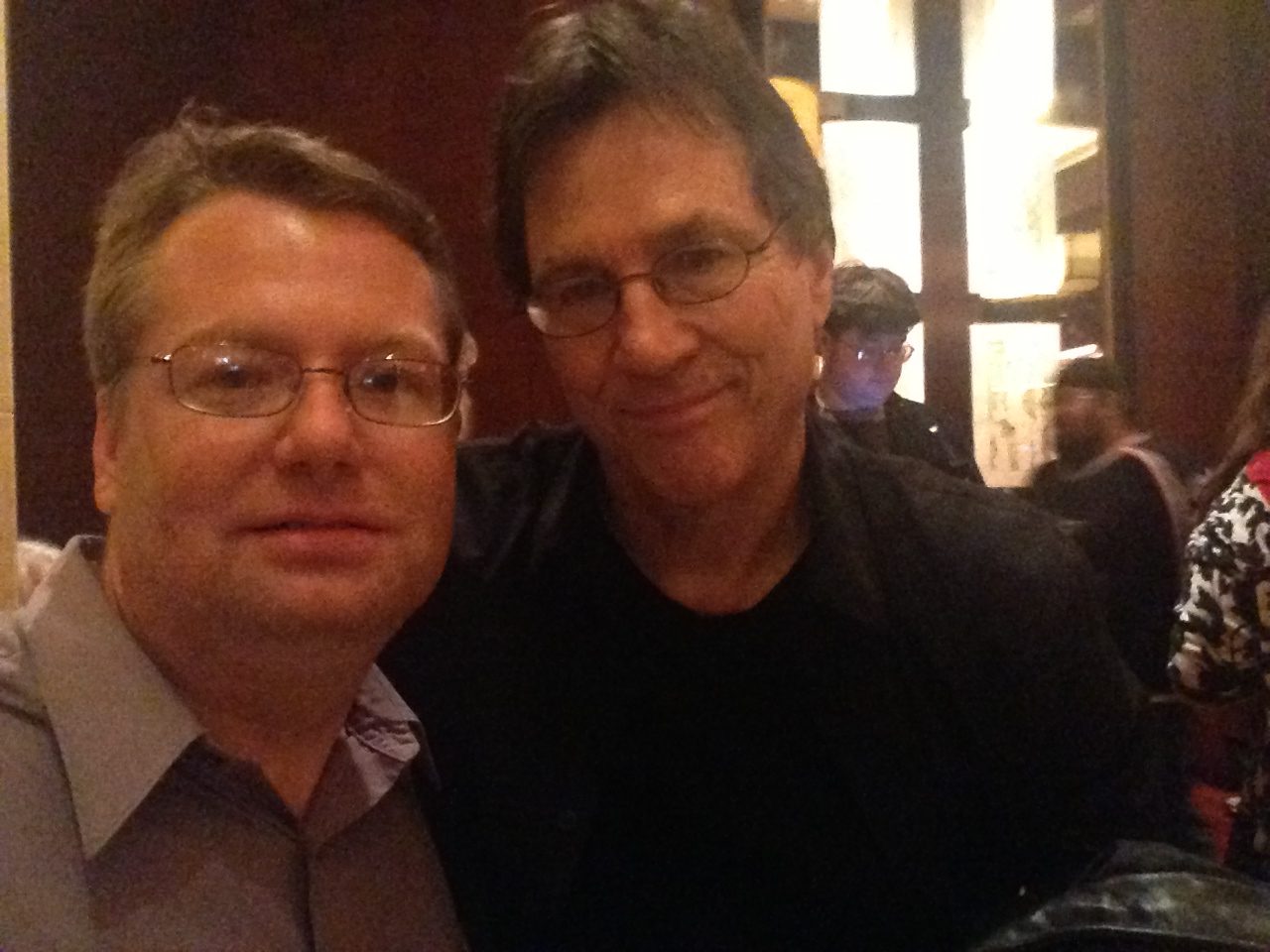 The first time I spoke to Richard Hatch, he was moderating a press junket at the Hilton Americas hotel in Houston as one of the headliners of Galacticon 3. For more than thirty years, Richard had been the standard bearer for the Battlestar Galactica universe, and more than a few press write-ups gave him credit for single-handedly — and doggedly — pursuing the critically acclaimed SyFy reboot of the series.

At the time, I was a staff writer for BayouLife Magazine, and I was on assignment to cover geek culture’s explosive intrusion into every nook and cranny of society. I also happened to be one of just two print journalists at the convention — the rest of my colleagues coming by way of blogs and YouTube channels.

“Richard, this question is for Mr. Olmos, Mr. Hogan and yourself,” I began my second round of questions. “Could you discuss how the story lines on Battlestar Galactica moved beyond imitating typical sci-fi tropes and into the realm of an almost cinéma vérité style of art imitating life? I’m specifically referring to the New Caprica Captivity and how that relates to what is happening today in places like Gaza and Darfur.”

He paused, glanced down at me, and winked. “You’re good.”

The audience laughed, I blushed, and then I quipped, “Yeah. You should see me with the real president.”

He passed the mic around and, one by one, each of the three men addressed the points of my question. Later that night, as I was sitting in the bar discussing the finer points of Atlas Shrugged over a Dos Equis, Richard wandered in. He stopped at my table and shook my hand. That he shook my hand first was notable only because I was sitting with Esai Morales.

“What are you gentlemen discussing so earnestly?” he asked. Esai shared with him the subject and he asked if he could join us.

“What are you drinking?” I asked, flagging down the waiter. By the time his drink arrived, Richard had not only brought the conversation about Ayn Rand to a suitable and eloquently final punctuation, but he’d steered the conversation into the next topic, and what was about to happen would place me, my traveling companion, Hailey, and our tiny table in the Hilton Americas bar firmly in convention history.

“Esai, someone told me you’re the biggest Beatles fan in the world,” he said. “I would like to disagree.”

Not one to shirk a challenge — and his ego lubricated by several Dos Equis — Esai shook his head. “I can sing every single Beatles song every recorded in the order they were recorded.”

At 1:30 a.m., a very drunk reporter slinked away from the table and back to his hotel room, leaving behind more than 1,400 people to the care of Richard Hatch, Esai Morales, and a handful of Houston’s finest.

I saw him again a year later at Dragon*Con (this was before the asterisk vanished) and he immediately recalled both my name and that night — which is more than many in attendance can say.

Or maybe Richard was the guy who, at Galacticon 3, witnessed the first moments of a beautiful relationship between two of my best friends, Loribeth and Steve. But that’s their story to share.

Or maybe Richard was the guy who, at every convention, prided himself on pulling together a diverse cross section of actors, convention staff, volunteers and fans and, after reserving at least two, if not three, tables in the nearest Benihana (it had to be Benihana, and we once drove for more than 45 minutes to get to one) to break bread.

Or maybe Richard was the guy who always won at thumbwar. Always. Guy never lost! His Twitter handle was @thumbfighter, for Christ’s sake!

Or maybe Richard was the guy who, after learning he might not get paid for an appearance because ticket sales were collapsing, bought his own flight, reserved a hotel room, and flew half-way across the country to show up at Galacticon 4 because he refused to disappoint his fans. He brought with him Anne Lockhart, Terry Carter, Jack Stauffer, Herb Jefferson, and dear, sweet Sarah Rush.

“I wasn’t going to come,” Anne told me at that show, “But Richard called and said he was coming. We couldn’t let the fans down. He was right.”

I last saw Richard at DragonCon in 2016. He was at his usual table in the corner, and as always, he smiled, and we immediately began sharing stories. He told me about how much fun he was having teaching his acting classes and surfing Pacific Coast waves with his son. I filled him in about this project and that kid’s accomplishment. After we’d finished our chat, he took my hand and pulled me in for a big, loud hug.

I wouldn’t be making Benihana, I said, but I promised him I’d be at the next one.

So say we all.