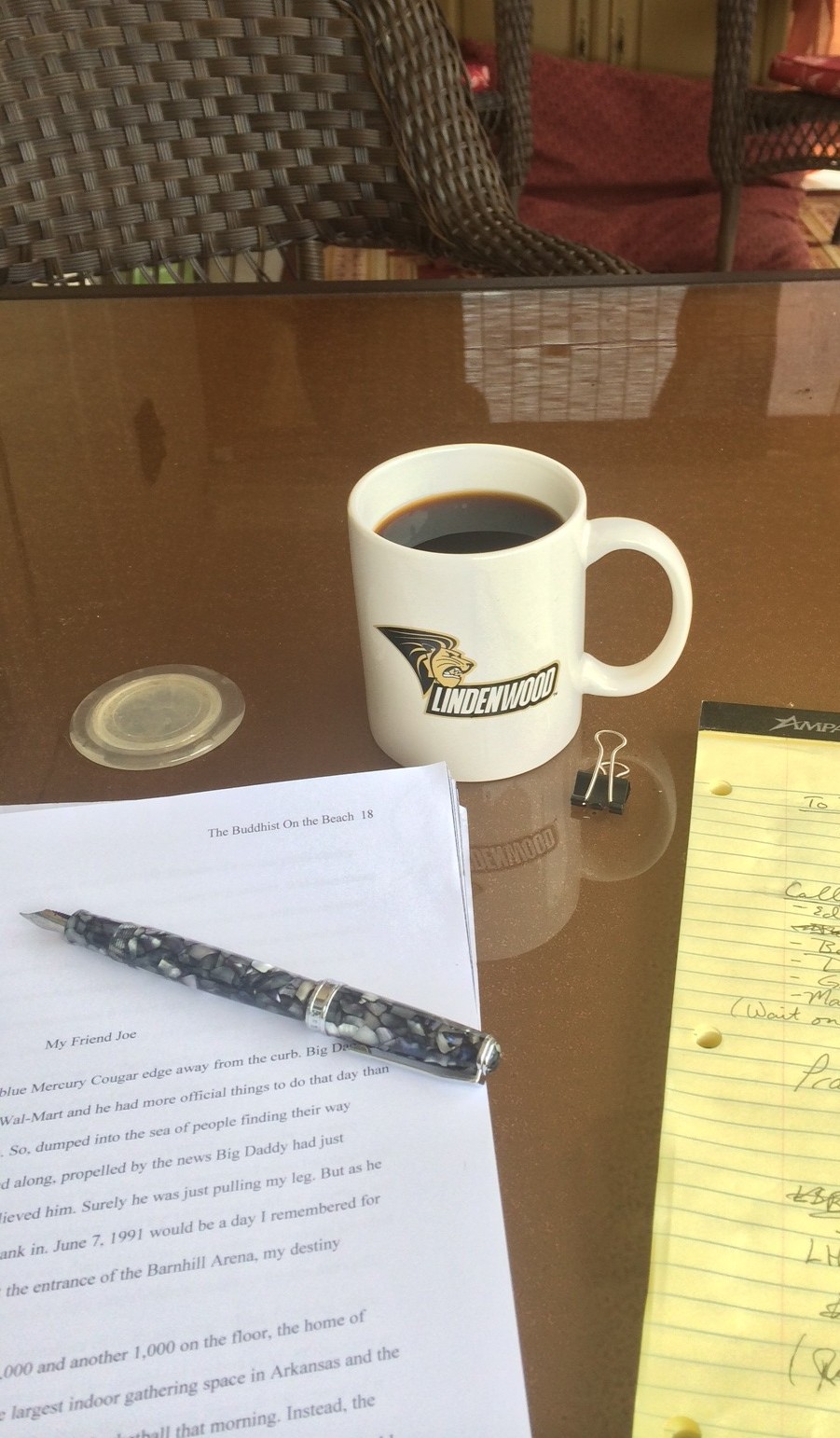 When I was 14, I met Joe DiMaggio. He was sitting in the front row of an arena, listening to a speech by then-Arkansas First Lady Hillary Clinton and chatting with Paul Harvey. This meeting and the subsequent autograph represented one of the biggest moments of my young life and, though I’ve lost the autograph I received from Paul Harvey, the framed DiMaggio picture and autograph still hang in my study today.

It’s funny how memory works, how the connections between something as benign as brewing a pot of coffee can trigger happy thoughts of sitting with my great grandmother, Mimi, in Miss Simmons’s kitchen on Gerald Street, and listening to Paul Harvey. But that’s what happens, isn’t it? That’s how our brain, in those dreamscapes, catalogues memories and files away sensations as recollections, to be triggered decades later by the trivial act of popping the top off a can of Folgers.

Before I go any further, it’s important for readers who may be unfamiliar with my peculiar culinary habits to understand something. My eccentric taste in gourmet coffee borders on a fetish. Whenever I enter a Starbucks in my hometown or in areas near here, the baristas almost without fail remember me as “the Casi guy,” a reference to their seasonal favorite Casi Cielo, which is only available in late winter. Or, if they know me by name, the baristas will immediately recommend something that’s “just as good as Casi, but a little insert descriptive here.” Casi Cielo is by no means the only variety of coffee I drink–though I do stock up a year’s supply of K-Cups and beans by the pound. Friends, too, encourage this predilection for good coffee by returning from vacations with local roasts. Connie Ryan brought back a pound of coffee from a store she visited, “because I thought you’d like it.” I did. That being said, those coffees that I consume by the gallon daily are not capable of transporting me through time and space, back to the formica table in Miss Simmons’s kitchen. This miracle of sensory overload is triggered solely by Folgers, which I keep in the cabinet precisely for this reason.

I came home this afternoon with a list of about a dozen work-related items to complete. The list includes magazine tasks (an endless stream of phone calls is in my immediate future), essay tasks (a call for submissions is perfectly tailored to an essay I’ve been tinkering with since December), editing tasks (another call fits my thesis collection perfectly, as well), editing tasks (at any moment, I anticipate receiving back an edited manuscript from Ann Smith), and fiction tasks (I still have novel stuffs to write). All of these tasks will require energy to complete, and I don’t imagine that I’ll finish even half of them today. Yet, I knew I needed coffee.

That’s where the rain comes in.

When I was a kid, it seems it rained almost every day. The rain didn’t linger, if I recall, but either in the morning or the late afternoon, a quick shower would wet the pavement and send the humidity to lung-stinging levels. In the winters, this gave me time to read a book–since this was before video games. In the summers, I would play outside in the rain. Alas, Jessie Tucker’s admonitions aside, I feel I’m too old to play in the rain. At the very least, my neighbors already think I’m a little touched. The sight of a 37-year-old writer bounding from puddle to puddle might scare them a little. So, I sit on the porch and reminisce.

Which is probably why, this afternoon, I bypassed the Mellow Joy, the Casi Cielo, and a handful of other coffees and went straight for that red plastic can of Folgers. Into the percolator (if you don’t own a percolator, you’re missing something special) went the water and the coffee. And out came the memories.

It’s funny how memory works, how the smell of Folgers percolating in the kitchen can transform me from the 37-year-old writer to a 12-year-old in the span of an inhalation. Paul Harvey hasn’t been on the air in years and DiMaggio’s long dead. But there is a puddle across the parking lot and I’m pretty sure no one’s looking. Maybe that work list can wait a few minutes after all.